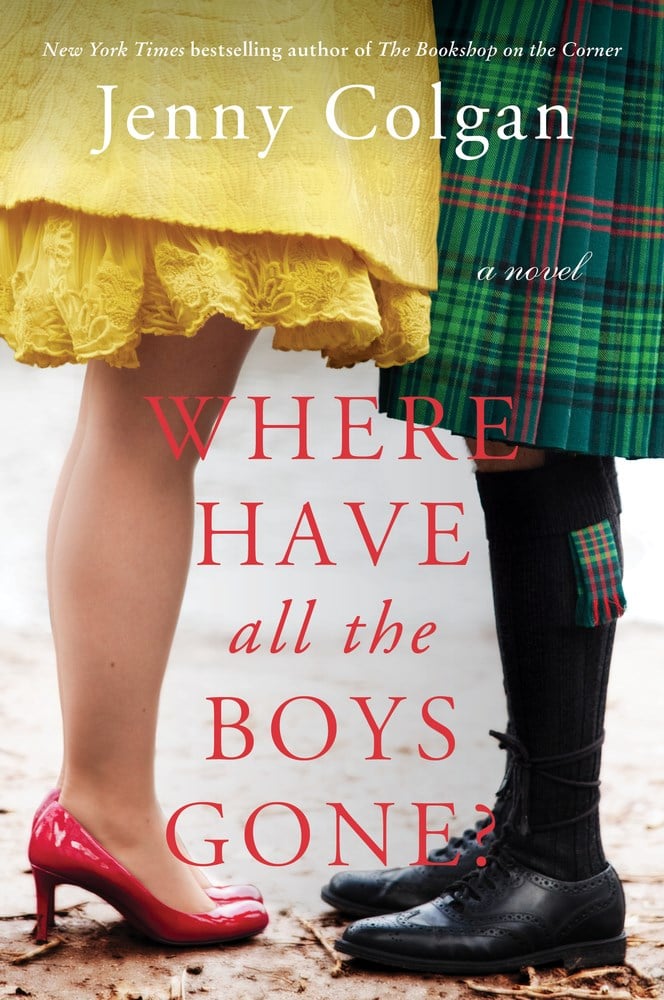 Where Have All the Boys Gone

The problem of Where have all the Boys Gone? mostly stems from the fact that I, like many other reviewers online, thought this was a new book by Jenny Colgan.

The way it was promoted in marketing emails, the notifications we were sent, the “recommended reading” lists, all made it seem like she had written a new novel that was now for sale.

Actually, this is a reissue of an earlier work originally published in 2005. I am embarrassed to admit that for a writer I really love, I knew very little about her early works, and had never heard of this book.

Apparently, neither had a lot of her other fans, if Amazon reviews are anything to go by. And a lot of us were disappointed when we started reading to realize how this was DEFINITELY not a new book.

Something felt off from the beginning. The language was more jarring, the dialogue a little less natural… the whole thing overall felt more surface deep than her other works. It wasn’t until a few pages in though when a character mentions “It’s 2005,” that it clicked.

There I go then, scrambling to look at when this book came out. At first glance, yup it says 2020. Little more research, and DING DING, this is a reissue of a book from 2005.

Now, here is where I explain that you actually might want to read the book anyways!

I know I have been harping on how disappointing it is, but I think that is because of the high expectations set by her other novels.

If you haven’t read her other work, this will just feel like a light-hearted rom-com of a book that you can easily read in a weekend. It’s a pretty ideal choice if you just want to space out and destress with some superficial silliness.

Because the story is unquestionably silly. London “city” women lamenting constantly that there are no men left for them until they accidentally discover a village in Scotland where there are 16 men for every woman. A woman who is thrown into a situation mostly of her own making, where she is torn between the green-eyed journalist she moons over and the brusque boss who challenges her but she dismisses (at first).

It’s all a bit predictable, but that’s not my main issue with it.

My biggest complaint about this book versus her later works is that in her later novels, the women are always struggling with something OTHER than romance. The loss of a business, extreme lack of confidence, a dreamer’s approach to finances.

They all do include a dashing man they end up with, sure, but it’s not central to who they are as a person that they need to be in a relationship.

They usually find satisfaction through hard work and perseverance, which is just a message I can really get behind more.

Our hero in Where Have All the Boys Gone? is genuinely good at her job, but she still cares more about the beautiful men now in her life. I am oversimplifying the story here, but that’s ultimately the impression it gives off: superficiality.

It’s like the difference between a light, perfectly cooked warm croissant and a piece of white wonder bread. Both will fill you up with carbs, but you will enjoy the experience of one much more than the other. If you’re off carbs at the moment, think filet mignon versus a hamburger.

I would like to make the case though for why I am ultimately glad I read this early work of Jenny Colgan’s.

As a writer myself, I am constantly in awe of these first-time authors who seem to just burst from the womb carrying these brilliant stories inside of them. Where all they need to do for their debut novel is let it out, and it’s perfect.

This novel gives me hope that for some writers, you do just genuinely get better with time and repetition.

By the time she wrote her later novels I am more familiar with, she figured out her formula for empowering women and still including romance in a way that is not central to the character’s identity or goals. She also perfects the dialogue to be much more natural and the characters slightly less cartoonish.

After getting over my initial disappointment, I actually enjoyed this novel because it gave me the chance to celebrate her growth as a writer. And it gave me hope that maybe, one day, my own writing would grow as much.