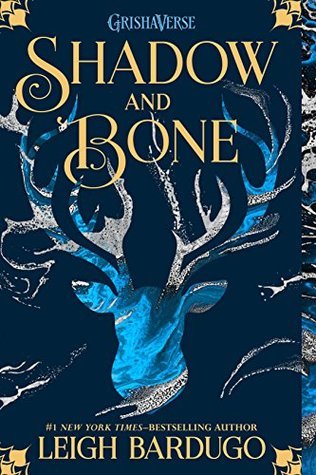 As a fan of the magical, Shadow and Bone by Leigh Bardugo satisfies a longing I didn’t realize I’ve been having.

It’s been a long time since we were introduced to Harry under the stairs, but this book reminds me of some of that initial excitement.

The one that says “yes, this is a new world to explore to and I can’t wait to do it!”

Set in a dark political landscape that makes clear the distinction between the “haves and the have nots”, you get the feeling it’s supposed to evoke feelings of old Russia and the Tsar.

As a protagonist, Alina is one you can root for. Her own awareness of her limitations and very human struggles to resist temptation make her both appealing and relatable.

It’s the addition of Grisha’s though (magical humans who can control different elements) that really adds complexity to the status theme that runs through the story.

There is also just enough love and intrigue to feed any romantic soul, but it doesn’t overwhelm the plot.

While I haven’t yet watched the Netflix show based on the book (I always read the book first when I can), I’m very curious to see how closely they followed the book. My guess from what I have seen of the show poster and trailers (and given the complexity of the storyline) is the show is pretty different from the book.

But regardless of if you have seen the show already or not, do yourself a favor. Read the book anyway. Better yet, use these Shadow and Bone book club questions to tackle it with your reading group!

It’s a surprisingly quick read, and the best thing about this book is that it makes you really excited to pick up the next one. And what more can you ask for from a good series?

I was grateful to learn there are 7 books total in this YA series (two more just in the Shadow and Bone Trilogy), so I won’t have to be saying goodbye to the Grishaverse anytime soon.