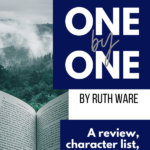 Having read The Woman in Cabin 10 before, I was already familiar with the writing style of crime novelist Ruth Ware. With One by One, she breaks the mold to tell the story through the eyes of two very different women experiencing the story from two different perspectives.

Inspired by Agatha Christie‘s all-time best-seller, And Then There Were None, this novel was just fun to read.

It also gets your blood pressure up as you follow along on this “who done it” style story to find out just how many characters will end up dead by the end of the book by the time they figure out the killer. 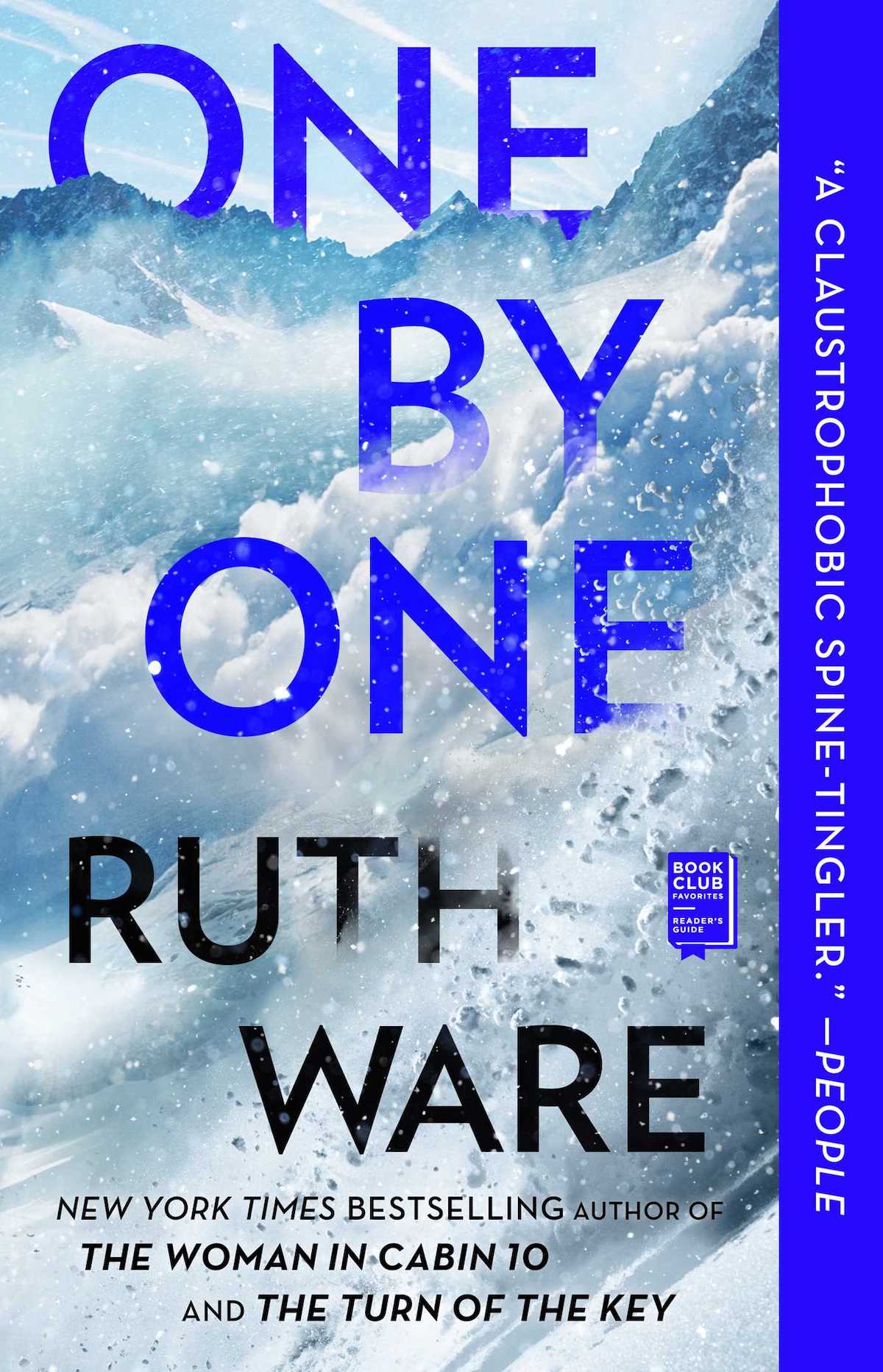 This is likely a leftover from the way our brains are hard-wired to expect them from when we lived on the Savannah and were often hunted for food by saber tooth tigers.

We now (mostly) live in safe little bubbles, but our brains remember what it is to feel those adrenaline spikes of danger.

So we go looking for them.

We do this by riding roller coasters, watching scary movies, jumping out of planes… and reading thrillers.

You might argue that reading a thriller doesn’t provide the same rush as jumping out of a plane.

If you have ever gotten into a murder mystery when it’s dark at night, you are alone at home, and you think you hear something… it’s plenty adrenaline-inducing.

In One by One by best-selling author Ruth Ware, you get the chance to experience those goosebumps.

Set in the French Alps at a rustic ski chalet, a group of employees and shareholders from billion-dollar tech company Snoop meet to discuss what to do about a buy-out offer.

They are hosted by chef Danny and housekeeper Erin, who has her own complicated past and secrets from the group.

All is a typical corporate ski retreat until Eva, one of the founders of Snoop, dies mysteriously and they are cut off from the world by an avalanche. This kicks off a round of “who done it” type mystery that is part suspense and part entertainment.

One of the things Ruth Ware is so good at is ramping up the suspense in a way that sneaks up on you.

Yes, it feels like a murder mystery from the beginning, but it doesn’t get you in the gut until closer to the end.

It very much feels like an Agatha Christie novel written for modern times, and I mean that as a compliment. It’s also what Ruth Wares intended, as she says she is heavily influenced by Christie. Ruth in her own right really is a master of mystery.

There is only so much I can say about the book without completely spoiling it, but let’s just say that if you are a fan of well-written suspense set in beautiful vistas of the Alps, you will really enjoy this book.

Is it life-changing? No, but I don’t think every book needs to be.

A book that will grip you hard and long enough to let your mind disengage from the world for a little while is good enough for me, and this book delivers that experience expertly.

Best Quotes from One by One

“In Topher’s world, people are hard, polished shells, their shiny exteriors hiding the inadequacies and anxieties inside.”

They think that life can’t touch them–just like I used to do.

Only now it has. Now life has them by the throat. And it won’t let go.”

“Topher is entitled, and that’s the truth. Entitled in the way that Tiger meant. He has gone through life taking, and taking, and taking, just as Eva did. They used people like their own personal chess pieces. Employees, investors, friends, relations—they took and they took from all of them. And they never accepted responsibility for the harm they caused.”

This story has a large and complex cast of characters. Below is a breakdown to help you keep who’s who straight as you read!

Erin: Employed by a ski company that runs the retreats out of the Chalet, Erin is a 22-year-old English woman who is hiding from the world after another avalanche killed her brother and boyfriend two years before. “She is pretty and tanned, with shiny chestnut hair, and she is wearing a neat white blouse tucked into dark blue jeans. She looks self-possessed, assured, everything I am not. Only one thing is out of place—the thin, pink tracing of a long scar that runs across her right cheekbone, disappearing into her hair.”

Eva van der Berg: One of the two co-founders of billion-dollar tech company Snoop, she is charismatic and known for being incredibly persuasive with investors. She has “a silky white-blond curtain of hair.”

Topher St. Clair-Bridges: The other co-founder of Snoop, he is a typical boarding school/silver spoon type of guy. He does have a lot of personal charm and magnetism that is often pointed out as why he has been as successful a CEO as he has been.

Ani: Eva’s female personal assistant, who is described as looking like a baby chick. “Behind him is a girl with fluffy yellow hair that cannot possibly be her real shade. It’s the color of buttercups and the texture of dandelion fluff.”

Rik: head of accounting at Snoop and a childhood friend of Topher and Elliot.

Miranda: a kind of marketing/PR person at Snoop, is in a very down-low relationship with Rik.

Tiger-blue Espisito: Technically “head of cool” at snoop, she leads the group through meditations, etc.

Liz: A former Snoop employee (she was Topher’s old personal assistant), she is now a minority shareholder and owns 2% of the company. She has conflicting loyalties to Topher and Eva. “She reminds me of a bird too, but not a fluffy little chick. There is nothing cute about her. This woman looks more like an owl—a hunted, panicked owl caught in the headlights of an oncoming car.”

Danny: Chef at the ski chalet, he lives there with Erin full-time as they run the retreats.

What other books has Ruth Ware written?

If you are interested in reading more of her work, here is a full list of Ruth Ware’s books in chronological order by publish date.

WOW. That is an impressive list of publication dates. She really is prolific!

It should come as no surprise then that the next Ruth Ware novel, The It Girl, is due to hit shelves on July 12, 2022.

Did you read One by One by Ruth Ware? What did you think?