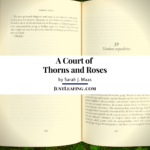 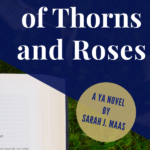 Long a fan of the YA Fantasy novel genre, I kept hearing friends talk about how much they had loved A Court of Thorns and Roses (often referred to as ACOTAR online).

Eventually, I decided I might as well see what the fuss was about for myself.

A Court of Thorns and Roses is a Brilliant Fantasy Escape 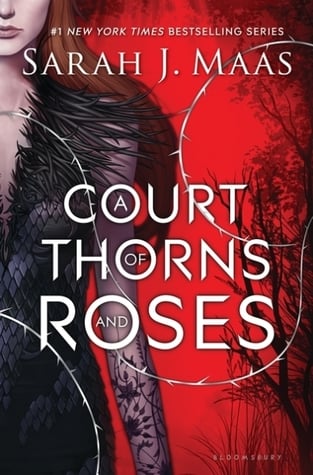 A Court of Thorns and Roses

There is a buzzing feeling you get when you are just starting a book and it hits you just how good it’s going to be.

And not only is it good on its own, but it’s part of a series that will let you savor more books!

I started a Count of Thorns and Roses after hearing multiple friends fawn over it. Still, reading the descriptions and having been disappointed by similarly themed books about faerie lands in the past, I wasn’t very hopeful.

The first book in the Court of Thorns and Roses series, the story follows Feyre Archeron, a human living close to the wall that divides the human world from the realm of the immortal Faeries.

A treacherous magical land, most humans avoid it at all costs. But when Feyre kills a large wolf that is actually a faerie in disguise, one of the high fae lords comes to demand retribution for the murder of a faerie by making her live in the spring court of Prythian.

Over the course of the book, she meets a whole cast of characters, learns of an ancient curse and threat to the mortal lands from the King of Hybern, falls in love, and learns to navigate the dangerous world of the fae.

It’s heady stuff, and while it might sound in summary like it’s just your average young adult fiction novel, it’s so much more than that.

A relatively easy read, this Sarah j maas book is easily my favorite series I’ve read this year. It’s also one of my favorite books to discuss with these A Court of Thorns and Roses book club questions.

And what makes it so good? The inner workings of its heroine.

Nineteen-year-old huntress Feyre has learned to provide for her family out of necessity, what keeps her from being a Katniss/ Hunger games rip-off is just how human her response is to that responsibility. Namely, resentment.

Too often in books are heroes who do what needs to be done without much thought to themselves. While admirable, it’s not a particularly relatable quality for most people.

Feyre is both human and likable, but most importantly, she is relatable in a way I was so excited to see. And it makes her choices to continue to care for her family even as the Faeries get involved all the more poignant. You know just how much it costs her.

Technically a young adult fantasy novel, I don’t see any adult complaining about Feyre’s story being too simplistic for them (and many who would love even a spark of the romance Feyre encounters with the high lord of the spring court).

Because at its heart, this is a love story (and a very good one at that).

Author Sarah J. Maas is so good at taking rather obvious tropes (a cross-species romance between a human and faerie, a spell to be broken, tasks set as a trial to prove love) and making them feel so fresh and engaging. There is a reason her books are often on the New York Times bestseller list!

She also does a brilliant job of making the book fulfilling enough on its own, while still setting up perfectly for the rest of the book series.

You are so engaged with the characters I can’t imagine stopping after just one, but if you did you would have still had a very satisfying read. I personally went ahead and got the second book before even finishing the first one in this fantasy series, I was so sure I would want to read the next book.

Side Note: I would consider this book appropriate for mature readers ages 13 and up only, as there are descriptions of intimate romantic encounters by the characters.

Favorite Quotes from A Court of Thorns and Roses

“Against slavery, against tyranny, I would gladly go to my death, no matter whose freedom I was defending.”

Tamlin, A Court of Thorns and Roses

He left me, and I took a gasping breath, not realizing I’d be holding it. Not realizing that I craved his warmth, his nearness, until it was gone.

“Be glad of your human heart, Feyre. Pity those who don’t feel anything at all.”

Rhysand, A Court of Thorns and Roses

“I was an unburdened as a piece of dandelion fluff, and he was the wind that stirred me about the world.”

Where did the idea for the series come from?

Researching a beloved novel’s origin story is honestly one of my favorite things to do.

When Stephanie Meyer dreamed of a specific scene in Twilight that inspired that and all the following books… goosebumps.

So I wondered, what had inspired Sarah J. Maas to write a novel like a Court of Thorns of Roses?

As it turns out, she has been writing since fantasy she was 16 years old! Though it took many more years until she actually published her first novel, Throne of Glass.

Both of her series are originally inspired by famous fairytales: Throne of Glass by Cinderella, and ACOTAR by Beauty and the Beast (although at least in the case of the latter it’s only very loosely based).

What’s unique to Maas though is apparently her writing is heavily influenced by music. Different scenes, even different moments, can be linked directly to songs that pulled it out of her.

What order does the ACOTAR Series go in?

A Court of Thorns and Roses kicks off the series, with currently 4 more novels after that.

Below is the total list in chronological order for the story.

Will there be an ACOTAR show?

While I didn’t know it when I first read it, it was no surprise to learn that there is a show coming for ACOTAR!

It is exactly the kind of book that makes for a fantastic show adaptation, and it is way too complex to be handled by just a movie.

The show is being developed by Hulu, and is being co-adapted by Ron Moore and Sarah J. Maas. Ron Moore is the one who adapted the Outlander series for Showtime, and considering how well he did with that I am VERY excited to see what he does with ACOTAR.

While there are plenty of dream casts by fans out there, there isn’t yet an announced official cast for the show.

In the meantime, it’s definitely fun to speculate! Personally, I picture someone like Freya Allan as Feyre, but I can’t wait to see who ends up with the role.

Did you read A Court of Thorns and Roses? How was it? Leave a comment below, as I would love to hear your thoughts about what you did (or didn’t) like about it!