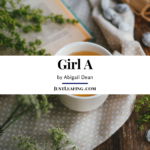 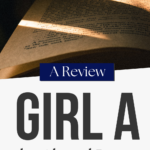 Girl A by Abigail Dean is the kind of book that sticks with you.

When I first heard about this debut novel that was taking the literary world by storm, I had to take a moment.

I wasn’t sure I wanted to read it.

As another reviewer pointed out, recent history makes this really not the time you want to be thinking about children being held captive in bad family situations at home.

Despite my reservations about entering the world spun up in Girl A, I am ultimately glad I did. 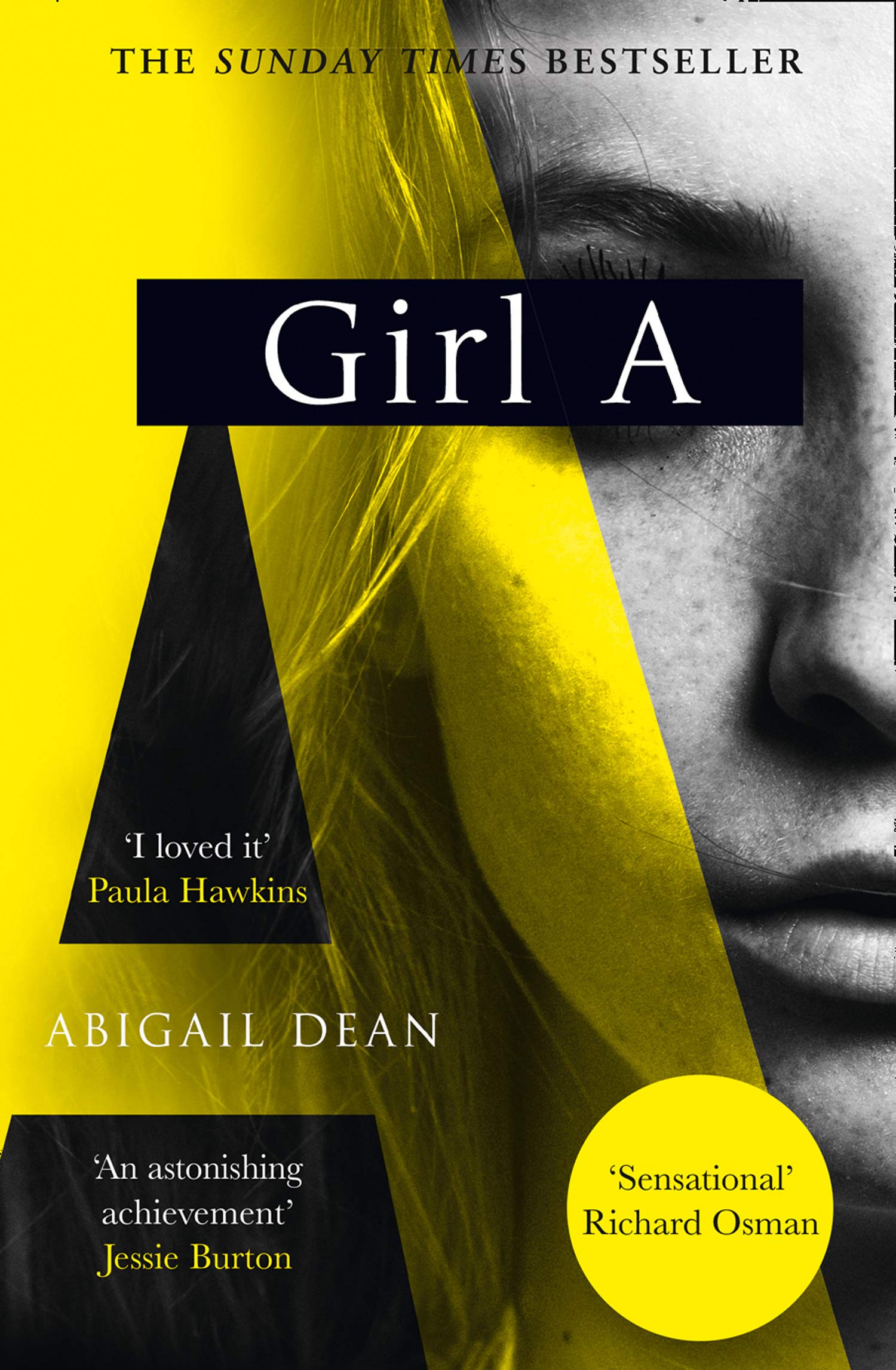 Lex Gracie is Girl A, the “Girl who escaped.”

Author Abigail Dean lets us know from the first chapter that whatever else you read in the rest of the book, Lex gets out of the “House of Horrors.”

Horrible crimes are punished, children survive, they grow up and live their lives.

It’s that assurance that allows you to fully immerse yourself in the story.

You hold onto it as a charm that whatever evil is coming, it will be temporary.

And there is evil.

A family of children is held captive by their parents as a way to correct them.

A father whose own failings drive him to madness.

A mother who is one only in name.

Or is she? One of the most fascinating things about the book is Dean’s ability to have you question your reactions to certain characters. You don’t necessarily empathize, but you don’t dismiss their circumstances as unimportant either.

As a former lawyer, Dean brings a pragmatism to her writing that really works in this case. Instead of dwelling on the horrors the children lived through, Dean focuses on the aftermath of their life as adults.

She could have easily leaned into their childhood and been really graphic with it all but she doesn’t. You are left with an understanding of what happened, but sometimes only through implied suggestions. Suggestions are bad enough, but I appreciated her refusal to sensationalize the details.

Reading about how the trauma worked on these kids as adults is a fascinating take on this style of story, and one I’ve never seen before. It’s a unique and brilliant debut novel that has me eagerly awaiting what she will write about next.

Want to read Girl A with your book club? Check out these Girl A book club questions to get your conversation flowing.

Is the book Girl A based on a true story?

Girl A is a work of fiction. However, it does borrow disturbing details from true crimes.

One family it draws inspiration from is David and Louise Turpin, who went to jail for abusing their twelve children. Similar to what happens in Girl A, they would shackle their kids to their beds.

They were only caught when their 17-year-old daughter broke free and escaped.

Dean says she also was inspired by the serial killers Fred and Rosemary West. This couple murdered at least 8 young women, likely more.

The media named the house where they buried their victims the “House of Horrors”. Dean borrows this apt name for her novel.

What is the ending of Girl A by Abigail Dean? (Spoilers)

Girl A ends with a realization. Despite what you may have thought the rest of the book, not all the children made it out of the house alive.

There were actually 8 children, not 7. One of them, a baby named Daniel, was dead before the authorities arrived and had been for weeks.

The other, Lex’s sister Evie, also never regained consciousness after being rushed to the hospital. Lex’s therapist, Dr. K, decided that Lex wasn’t strong enough at first to hear that Evie died.

She ends up not telling her for 3 months.

When Lex learns the truth, this somehow short circuits her brain and she keeps forgetting that Evie has died. As an adult, she still talks to Evie on the phone constantly.

When they “meet”, Lex sees her the way she imagines Evie would have been if she had grown up.

The illusion comes to an end when Lex visits the house again at night and ends up back in the hospital. She is forced to acknowledge the truth by Dr. K.

Her sister died when she was only 10 years old and never left the House of Horrors.

The book ends on a hopeful note.

Lex is looking forward to heading home to New York and whatever happens next. She will be starting therapy again and is ready to move forward as much as she can.

You get the sense that while she will always be healing, she is well on her way.

Did you read Girl A? What did you think? Leave me a comment below about what you loved (or didn’t like) about the book!

Girl A started off as slow moving. As the book moves forward it talks about each child in the family and what their different experiences were. The reader is left to draw their own conclusions about the abuse in the house, without graphically describing all the abuses.it leaves me with the feeling that the mother was in a coercive controlled marriage. In which the children were grossly neglected